Two Weddings and a Feather Fascinator

Two weddings in less than a week, and I've been shopping like a whirling dervish with a credit card, I can tell you.

This Sunday, my beloved partner-in-crime, Miss Honey Mink, ties the knot in the Waldorf Hilton. I went with her on Tuesday to do a recce, and it's as gorgeous inside as those twinkly fairy lights on the outside promise. Me and the rest of the Slinktet are going to be playing some cheeky jazz straight after the ceremony in Palm Court, a room so glamorously art deco that it featured in Titanic as a location. Bobby Fresh's brand new silver glitter drumkit is going to look very snazzy in there indeed. I feel very excited that Fresh has bought himself such a glamorous new kit. I'm sure he didn't choose it solely for its looks alone, but the fact that he proudly sent us all a photograph of it leads me to suspect that he is not entirely insensitive to its beauty. 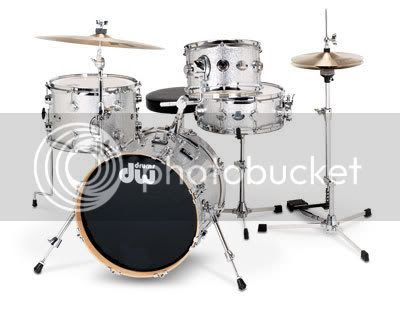 There's also a rather lovely grand piano for Miss Connie to tinkle on, and a mad echoey acoustic that is going to make Sir Fitzroy's trombone very loud, and give us hell to play trying to get the vocals to sound half decent.

The night after my Waldorf recce I woke up sweating after a nightmare in which I was upstaged at the Reception by two opera singers, who muscled their way to the Palm Court grand piano before I could get to it, and started belting out arias while Honey's guests were sipping cocktails. Then, bizarrely, the wedding reception was transported into a pub, at which three different bands were playing, and all of them were fantastic, and none of them would get off stage and let me on, and when eventually they did, I'd lost my band. I'm not sure what this dream means exactly - jazzer Pete Saunders suggested a psychiatrist would have a field day with my 'opera complex' - but it's not as if I need to worry about my performance on Sunday anyway, because it's the bride who's going to be the star of this particular show. There are times when it is actually a great pleasure to be upstaged, and a dear friend's wedding is one of them.

Having said that, even though I know everyone will be clustering around the beautiful bride and not paying any attention to me singing in a corner, I had to go out and buy myself a new dress anyway. Of course, I can't actually afford a new dress. But there are times when Needs Must. It became apparent that I was going to have to buy a new outfit first thing this morning, when I disturbed Beloved's peaceful slumbers by yanking a dress I hadn't worn for years out from the back of my clothes rail and trying it on to discover that it was two sizes too big, then yanking another dress out of the bottom of a storage bag I noisily hauled down from the top shelf in the bedroom, narrowly avoiding a fatal accident in the process. That didn't fit either. Beloved freely acknowledged this, and then uttered those magical words that every girlfriend longs to hear:

"Get yourself a new dress. I'll pay for it."

Of course, I wouldn't dream of actually making him pay for it, but just hearing those words is like honey. And all the encouragement I needed to go racing out of the house. Frustratingly, Beloved made me wait until he'd finished his bath before I left, in case the postman turned up with his DVD box set of The Wire. I was literally hopping from foot to foot, going "Can I go now? Can I go now?" If he was ever in any doubt about how much I loved clothes, those doubts have been swept away by this morning's performance. Let's just hope he never asks himself what I would save first if the flat was on fire, him or my wardrobe.

The vintage clothes shops of Stoke Newington and Notting Hill Gate have come up trumps with a 50s dress in turquoise brocade and a pair of flawless Christian Dior pink satin heels. Then there's the pink feather fascinator I bought last weekend from a hatter in Rye, and a pair of white 50s gloves I inherited from my aunt, and a pink silk evening bag from Accessorise. Sorted. Ironically, the whole outfit was planned around the pink marabou feather coat my friend Stephane made me last year, but when I put the coat on top of the rest of the outfit I looked like some sort of grotesque parody of a Grease cast member - and not any of the cool ones, more like the 'beauty school dropout'. So the feather coat has to go, but actually the rest of the outfit works fine without it.

I know exactly when I am going to wear the feather coat, though... to my next wedding on 29 February. This, in stark contrast to Sunday's joyous and poignant event, will be a Sham Wedding. The bride is Mr Dusty Limits, and his three grooms will be Ruby Blues, Naomi Blume and Kate Friend. I am honoured to be participating in this "momentous and utterly ludicrous event" at the Bethnal Green Working Men's Club, along with, apparently, every single cabaret and burlesque performer in the whole of London Town. Dusty has issued us with stern instructions not to upstage each other. The service itself will no doubt surpass even the most hammy of soap opera weddings for shocking last minute revelations and moments of tear-jerking sentimentality. I can't wait to find out what the bride will be wearing. Even more intriguing is what the grooms will be wearing... here's hoping it's more than in their wedding photograph, or they'll catch their deaths. 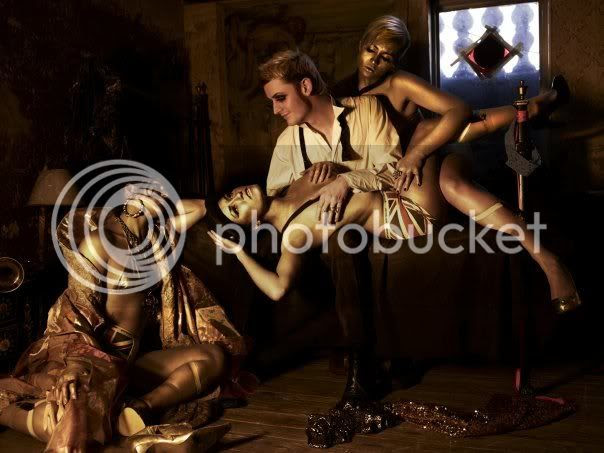 I'm going to be leading the congregation in a stirring hymn on the ukelele. If you want to know what that hymn will be, and whether I will be able to get through the entire thing on my small pink friend without forgetting the chords or being upstaged by a burlesque diva wearing nothing but gold paint, you'll have to come to the Bethnal Green Working Mens Club on Friday 29 February and find out for yourself.

The Wedding of the (leap) year of the Rat: from 7pm on Friday 29 February at the Bethnal Green Working Men's Club, with a Deception from 9pm featuring sensational live bands and DJs. Entry £5.

I'll be the one in all the pink feathers.