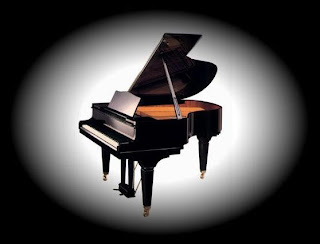 I just celebrated my birthday (no, I’m not telling), and it sent me on a nostalgia trip about my very first singing gig, which was also on my birthday, many years ago.

I was living in Sri Lanka, where I’d gone to teach English in an international school. Me and my flatmates, two other nubile young teachers, were invited out by a group of Sri Lankan bright young things to the karaoke bar of the Ramada Renaissance hotel in Colombo. I got up and had a turn at the mic, and when I came back to my seat, one of the bright young things, whose name was Rohan, told me there was a grand piano in the lobby, and did I fancy knocking out a few tunes with him? So while the rest of the gang went downstairs to the hotel nightclub, we hung out in the lobby going through all the tunes we could think of together. We kept at it for hours. Rohan was a composer who’d just come back from studying for a music degree in the States. He was quite sexy when he got behind a keyboard, and that was my idea of heaven: leaning against a shiny black grand piano, played by an attractive man, in a five star hotel lobby, in a tropical country, in the small hours of the morning, singing.

Then another bright young thing came over and said hello. She’d been listening for a while, and she knew Rohan slightly from the Colombo social scene. She told us she was organising a jazz night at the Hilton Hotel in a few weeks’ time, and she invited us both to come and perform at it. It was on 10 January. My birthday.

The girl put me in touch with the guy who was organising the music for her for that night; a jazz pianist called Cecil Rodrigo. I went over to his place to rehearse a few numbers with him. He lived in an annexe room over the garage of a relative’s house, and rehearsed on a tiny Casio keyboard. He had a lit cigarette between his fingers the whole time, and dropped ash on the keyboard while he played. Cecil thought I had promise, but I didn’t know enough of the standards. He told me to go away and listen to as much Ella Fitzgerald as possible. He also asked a singer friend of his, Jean Fernando, to lend me her lyrics book to photocopy so I’d have all the words to the standards. Jean performed in all the five star hotels in Colombo, with her husband Rodney on sax. She was lovely to me. I’ve still got that photocopy.

Meanwhile Rohan and I were spending quite a lot of time together, although always as part of a group. Sri Lankan social life for this rather upper crust set was a bit like something out of an Evelyn Waugh novel. The rigid rules of social acceptability lurked just beneath the surface of their apparently Western party lifestyle. It wasn’t respectable for Rohan and me to be alone together (although I wouldn’t have minded), and there was something clandestine about Rohan’s flirtation with me, which I didn’t really clock at the time, being quite new to the country. He’d phone me up and chat for hours; mischievous, teasing conversations; but when we were out with the group his female friends closed in around him. One of them once said to me at a party, “There are lots of good-looking English boys teaching at your school. Why don’t you stick to your own kind?” They saw me as a dangerous foreign femme fatale, which bemused me, since as far as I was concerned it was Rohan that was ringing me up and flirting with me. I only wanted him for his piano playing. 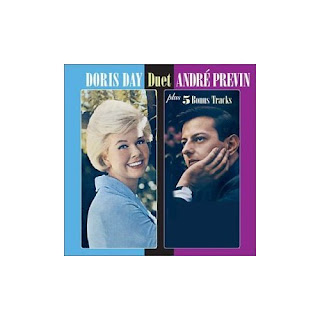 Rohan came round with a cassette he’d made for me: it was a copy of an album by Doris Day and Andre Previn. I must have played that album more or less daily for the whole two years I lived in Sri Lanka. Back home in England everyone was singing along to Take That. I was singing along to “Falling in love again” and learning Doris’s phrasing. Just a couple of years ago, our trombone player Sir Fitzroy Callow lent me his copy of the same album, and I was reunited with it. It still sounds as good.

My birthday and the gig came around, and the whole day seemed magical. I came back to Colombo on the train after a weekend in the hill country with a newfound friend, who was even more like something out of an Evelyn Waugh novel. Birthday Boy was a beautiful blonde public school boy who spent the entire train journey teaching me the lyrics to Cole Porter songs. I had fallen head over heels in love with him, all the more so because he batted for the other team, which made him tantalisingly unobtainable. We still go away for the weekend every year for my birthday, to celebrate our anniversary.

We arrived at the Hilton hotel’s nightclub, the Blue Elephant, for my debut that evening, and the staff presented me with a birthday cake. It was a chocolate mousse one, and it was absolutely gorgeous. I was sitting with Birthday Boy and a bunch of English teachers from the international school. Rohan turned up with an entourage of bright young things, who colonised the other side of the club.

Although I’d rehearsed a few times with Cecil Rodrigo, Rohan and I hadn’t rehearsed for our turn together that night. Naively, I hadn’t worried too much about that; when we’d played together in the Ramada lobby, it had seemed so easy and natural, so all we’d have to do, I thought, was the same thing again. But the forces that were pulling Rohan and me apart came to a head that night. There were digs about me made by his friends that Rohan seemed embarrassed about, and he avoided me for the whole evening until it was time to go on stage. Did Rohan do it because he had listened to his friends about how unsuitable I was, and wanted to drive me away? Was it an intentional act of humiliation? Or was he showing off his jazz virtuosity to his friends? Or perhaps I do him a disservice, and he was just a self-conscious performer, suffering from nerves or stage fright. For whatever reason, Rohan launched into a jazz rendition of the song we were meant to do together that was so abstruse that it was almost impossible for a novice like me to follow. I bravely battled through to the end of the number as best I could, then sloped off stage.

Cecil, the old jazzer who’d taken me under his wing and had been training me up, comforted me by saying that Rohan had been unfair on me, and hadn’t been playing with me at all. Then Cecil pulled me up on stage to play with him and his cronies, all seasoned jazzers with a warmth and generosity that was quite different to Rohan’s prickly performance. They were just more comfortable on stage. The sax player in Cecil’s band asked me if I knew “The Street Where You Live” from My Fair Lady. I’d done the musical at school and I knew it like the back of my hand. But I’d never heard it done like this before. Cecil and his band swung it, and it was glorious. I came in, swooping over the top of it, remembering about half of the words, but feeling so gleeful at the mischief of the song’s transformation that it carried me through to the end triumphantly. I came off stage glowing, and completely smitten with jazz. That was my first experience of improvising with a band in front of an audience, and I was hooked from the off. It was like throwing yourself over the edge of the Death Slide at the adventure playground with your eyes shut.

If Cecil hadn’t pulled me back on stage after my disastrous number with Rohan, maybe I’d never have become a jazz singer. Cecil gave me my grounding in jazz, and my first gigs. In the second year I was there he went off the radar, and it turned out he’d started to drink more heavily, and lost a lot of his gigs because he was too unreliable. When I went back to Sri Lanka six years later and tried to look him up I found out he’d died of liver failure. I never got to tell him I was still singing, and to say thank you to him for kicking me off.

But on the other hand, if Rohan hadn’t pulled me out of the karaoke bar and over to the grand piano in the lobby that night at the Ramada Renaissance hotel, I’d never have been booked for my first ever gig, and I’d never have met Cecil in the first place. Rohan and I never made music together again like we did that first night; too many outside pressures got in the way. But that first night was magic.

And what number was I singing in the karaoke bar when he spotted me? Madonna’s Like a Virgin.