Where Marabou Feathers Come From

While I was home for a few days last week, my dad and I decided to go out on a little day trip to a nearby stately home that has a rather spectacular Bird Garden.

One of the first enclosures we passed contained a couple of enormous and frankly rather grizzled looking storks, with bald heads and necks, and ferocious-looking beaks. They use their beaks for picking at carrion, and have evolved without feathers on their heads and necks to stop the blood of the dead animals they feed off from sticking to their plumage. I didn't like the look of them much, and was ready to move on to the aviaries with all the pretty birds of paradise in, until I noticed the name on the sign. 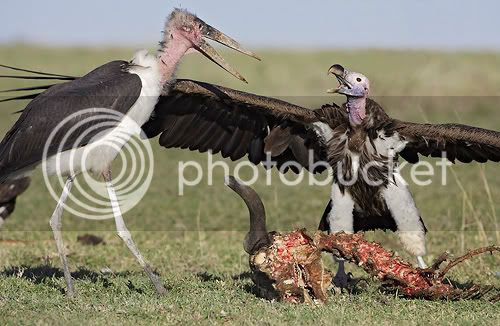 They were Marabou Storks.

Stephane made me a flamboyant and voluptuous coat about a year ago completely covered in pink Marabou feathers, and I don't know why, but I somehow imagined them as coming from small cute pink birds - if I even imagined them coming from birds at all. I suppose I hadn't really given it much thought... until I saw those great big ugly fowl stomping about in their pen. The notice on the enclosure fence said that although the birds weren't yet an endangered species, their numbers were becoming severely depleted owing to the popularity of their inner tail feathers for use in ladies' hats and haberdashery. That's me, that is. 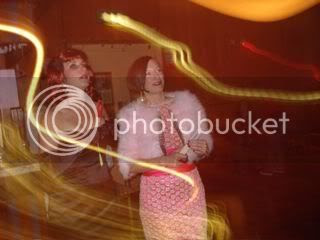 I had a good look at their tails, and there really weren't very many of the fluffy little feathers like the ones on my coat, even on those massive, fully-grown birds (and they weren't pink, they were white). I wondered how many of those gargantuan creatures had died to make my coat.

I've always considered my predilection for glamour to be a relatively benign hobby, but it made me realise that it's not as harmless a pursuit as I always thought it was.

Consider the lilies of the field. What do they get for looking beautiful? They get chopped from their roots, wrapped in plastic, shipped halfway across the world and then plonked in a big glass vase for the likes of me to enjoy looking at.

Arum lilies have always been my favourite flowers – but I've recently noticed how lovely they look growing in gardens and on balconies around Stoke Newington: they've got big lush leaves that elegantly complement the fine white flowers I've always loved.

Maybe I should stop buying them from the florist and grow a bush of them in our garden instead.
Posted by Unknown at 4:26 pm

Were the Marabou feathers really from a Marabou Stork, they would be rather more expensive than they are.

All Marabou really means in most craft and clothing instances in recent times is that they are fluffy feathers.

I'm a Playboy Bunny at the new London Casino, and our tails are Marabou. When I queried how the feathers were obtained, I received a rather vague answer from fashion house Ariella that they were "sure that it was all very humane - they probably gathered from the floor"!

I'd love to think that my research will prove this to be the case, but somehow I doubt it :-S
By the way, I'm so glad that you're starting to see the glamour and beauty of nature before we've interfered (apart from the Marabou itsef of course!).